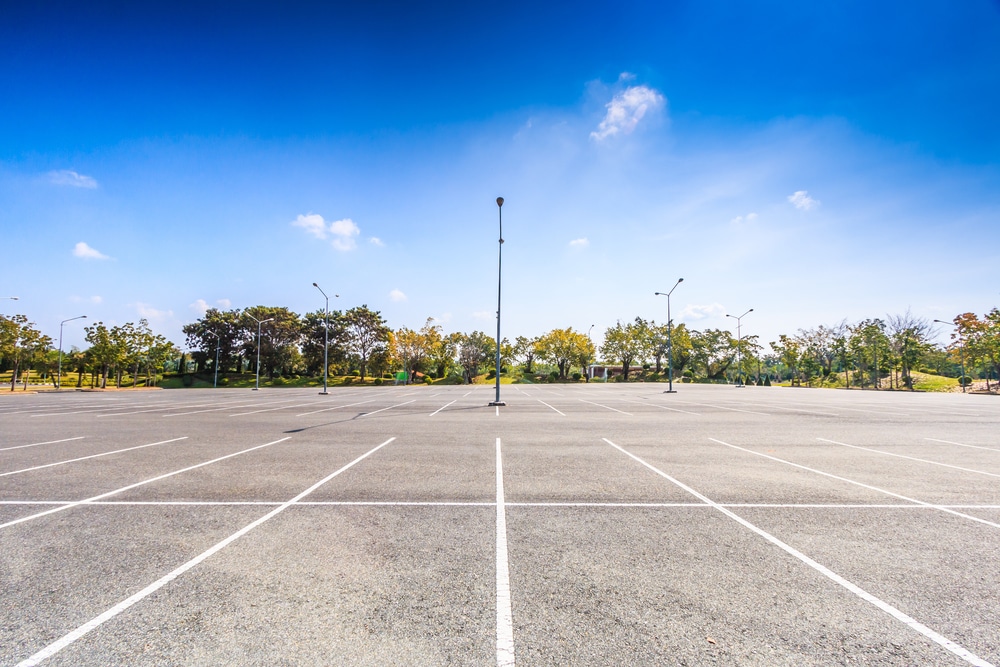 Concrete cracking is one of those things that is just a part of life. It’s not your fault, though, concrete “shrinks” eventually because of the way it’s made and laid. Your best defense against random cracking in your parking lot is to hire a concrete contractor that uses the right methods and lays concrete correctly in the first place.

When cracks do occur, you need to bring in professionals to ensure that cracks are repaired correctly. Concrete is one of the strongest and most economical materials, and while preventing cracks in your concrete is nearly impossible, they can, however, be minimized and controlled with a few trusted methods.

There are a number of ways that you can prevent your concrete from cracking sooner than you’d like it to and one of those ways is called “curing,” but it is a process that will require professional assistance because-if it is not done right-you could potentially make matters worse.

Curing concrete is a way to prevent excessive loss of moisture, as the water can help control the evaporation process and allow the concrete to harden naturally. The most common method used by professionals to cure concrete is a spray-on curing compound that creates a uniform layer of mixture to help your concrete cure evenly. The curing process mostly depends on environmental conditions, but it should typically be done shortly after the concrete has started the hardening process which is usually during the first 24 hours of being laid.

Air-Entrainment: Air-Entrained concrete helps increase the durability of concrete during freeze-thaw temperatures. This admixture provides an added resistance of concrete and gives it a higher degree of workability and durability.

Accelerators: Accelerating admixtures increase the concrete’s overall strength and are especially useful for modifying the properties of concrete in cold weather.

Shrink-Reducing: Shrink-Reducing admixtures are used to improve the workability of concrete when it is laid in places like heavily reinforced structures.

Concrete shrinks at a rate of approximately 1/8 inch per 20 feet, and while cracks will appear almost at random, most of the cracks will originate from where the stress within the concrete exceeds the strength of the concrete to hold itself together. Sometimes cracks are due to the application method that was used when it was laid, and sometimes it’s a matter of environmental factors, but there are also a few other reasons as to why concrete cracks.

Too Much Water During the Mixing Process

When it comes to mixing concrete, less water is better. Water is only needed in the concrete mix to allow it to flow, but extra water is often added to the mix for various reasons which will eventually evaporate, weaken the mix, and make the surface vulnerable to scaling.

Concrete has a Weight Limit

Yes, believe it or not, concrete has a weight limit, and it must be abided by. Concrete is only designed to withstand a certain amount, and vehicles like delivery trucks and semi-trucks are often far too heavy for particular sections of concrete.

When concrete is laid, it needs to be placed over a base that is firm and evenly compacted. If the base lacks proper support, the concrete can easily settle, flex, and crack.

Generally speaking, most cracks in concrete are due to problems in the foundation or mixture that was originally laid, but the good news is that there are multiple ways to prevent parking lot damage due to cracked concrete.

If you want to start a concrete project, or repair and replacement services for your property, don’t hesitate to contact us, today.

Why Commercial Curb Appeal Can Make or Break Your Business

Sidewalks are a common urban infrastructure. AARP, a nonprofit organization that helps the elderly live…

The Argument for Concrete: The Better Surface for Your Parking Lot

Your parking lot is more than just a space for customers to leave their cars.…

Categories
Do you have any questions?